His Holiness Patriarch Alexy II of Moscow and All Russia received a letter from an initiative group of people from Chechnya, which included 24 prominent Chechen scientists, public figures, Muslim…

His Holiness Patriarch Alexy II of Moscow and All Russia received a letter from an initiative group of people from Chechnya, which included 24 prominent Chechen scientists, public figures, Muslim clergy and Great Patriotic War veterans. Standing first in this list is the name of Abdurakhman haji Arsanov from the Shalagi village.

The petitioners asked His Holiness to support the efforts for settling the situation in Chechnya and bringing the republic back to creative peaceful life. “The Chechen people wish to live and work in one common home – Russia, enjoying the freedoms given by the Constitution of the Russian Federation, to see the guarantor of it in the Russian President V. V. Putin and to support the Administration of the Chechen Republic…We are convinced that a word from Your Holiness and your efforts to help stop the war in Chechnya will be wise and beneficial,” the letter states.

Here is the full text of the response from
the Primate of the Russian Orthodox Church:

Thank you and other members of the initiative group for the letter concerning the
situation in Chechnya. I can testify to the profound compassion for the civilians
in the republic who sometimes encounter unjust attitudes and have to bear all the
burdens of the tragic events.

The Russian Orthodox Church fully shares the concern for the situation in North
Caucasus. We are convinced that the state authorities are taking resolute
measures for this very purpose of stopping the criminal actions of numerous
terrorist groups in the Russian territory. To our great regret, this brings about
bloodshed involving victims, suffering and people’s grief.

The developments in Chechnya could not pass the Holy Authority of the Russian
Orthodox Church, which set forth it position in a number of official statements.

In my statement of November 12, 1999, I spoke of the need for the army and
authorities to be utterly attentive to the needs of the civilians. One cannot say
that this appeal remained unheard. As far as I know, the government exerted
much effort to evacuate Chechen civilians from the hostilities areas in good time.
There are reasons to believe that Chechen civilians have been cynically used by
the militants as a sort of shield. In this situation, we declare that innocent people
should not become victims of the struggle with crime. Only justice and mercy
can be means of restoring law in the Russian land.

I can assure you that the Russian Orthodox Church is doing all that depends on
her to help people survive the hard times and return to creative work and to make
peace and tranquility return to the much-suffering Chechen land.

We are interested in constant contacts with members of the initiative group
you represent, so that we may have first-hand knowledge of the problems and
concerns of the Chechen civilians. I can assure you of our readiness to convey
this concern to the Russian state authorities.

With respect and sincere good wishes,
Alexy, Patriarch of Moscow and All Russia
April 2001 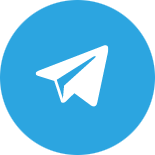